The Ultimate Halloween Experience Near Fort Worth 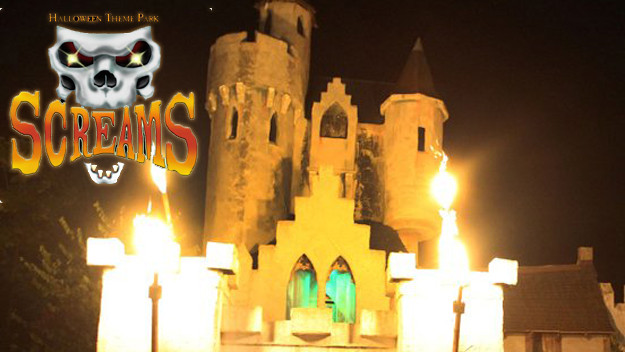 It is the tradition of many Halloween fans to find a haunted house attraction and have the nerve to explore its deep and haunting depths. They can often range from amateur and mildly frightening to professional and heart-stopping, but there’s no denying that each one has its own charm. Here at Alexan Summit, you can choose from over a dozen of exciting Halloween haunted house attractions in and near Fort Worth, though one in particular has something big – and spooky – up its sleeve.

Screams Park is a Halloween theme park active from the last weekend of September all the way until the last weekend of October, featuring not one, but five unique haunted house attractions. Each haunted house stands out from the rest: a zombie wasteland where you’re hunted by the undead that roam the Earth like a plague, and the paranoid survivors that have long lost their sanity and mercy; the twisted carnival of crazies, clowns, and other creepy inhabitants; a hotel that hosts the souls of many restless murder victims; a castle where a bloodthirsty coven of witches awaits you; and a cursed pirate ship where, indeed, dead men do tell tales. Finally, there are also several great attractions in between the haunted houses, such as karaoke, game stalls, pubs, and fair-themed foods, so you’ll never find yourself in a dull moment. It’s a great attraction for all horror and Halloween fans, though keep in mind that the recommended age for attending this theme park is 16+, and it’s not suggested for young children or the easily disturbed.

Immerse yourself in Halloween this season here at Alexan Summit. Explore our luxury apartments and the Screams Park in Waxahachie this October…if you dare!

We are excited to help you find your new home! Virtual and in-person tours are now available.